Plenty of migrants in the UK have not only experienced the immediate threat of the pandemic, as many serve as frontline workers, but the pandemic has also reminded them of their precarious status. Migrants must often contend with high visa costs, low salaries and incomes, and minimal access to social security protection. Thus, while a disproportionally large number of migrants are working to save the UK, the UK is not saving them.

According to a House of Commons briefing paper, as of June 2020, the number of migrants living in the UK who were born in a different country exceeds the amount of people born in the UK that have a different nationality. “In 2019 there were approximately 6.2 million people with non-British nationality living in the UK and 9.5 million people who were born abroad.” In 2019, 19 percent of the UK’s population was born outside the UK. That is almost a fifth of the population and it is hard to imagine how the UK would be able to function with 20 percent fewer people. As of January 2020, almost 14 percent of NHS staff have a non-British nationality (170,000 out of 1.28 million) and as of 20 April, at least 106 of them have died with COVID-19, according to a paper from the UK Parliamentary home affairs committee.

The COVID-19 pandemic has revealed and confirmed that people from all kinds of nationalities are risking their lives to save others. Already before the pandemic, the NHS has been struggling with staff shortages. Hundreds of thousands of migrants working in the health and care sectors, in food production and agriculture, or in cleaning and transportation, risk their health and that of their families and loved ones, yet the pandemic has exacerbated the precarious situation many immigrants find themselves in. For example, The Guardian has reported on how, In the East Ham area of London, 57 percent of the population was born outside of the UK, and Labour councillor Lakmini Shah has been distributing food and essential items donated by businesses to local families since the end of March.

Migrants living in the UK with a visa are left to decipher the British government’s often confusing and even contradictory statements. Nicholas Paines QC, the public law commissioner and part of the Law Commission – a statutory body that advises the UK government regarding law reforms – said about the UK’s immigration system: “Their structure is confusing and numbering inconsistent. Provisions overlap with identical or near identical wording. The drafting style, often including multiple cross-references, can be impenetrable. The frequency of change fuels complexity.” While the government has announced that it will grant an automatic visa extension for NHS workers, major loopholes have also been discovered. For example, many frontline workers, including social care workers, cleaners, or bus drivers, don’t fall under any of the categories mentioned by the government. Also, many of these workers are not directly hired by the NHS. Instead, they are hired through a third party agent, work for a private hospital, or in another private care institution. Given the wide impact of the pandemic, none of these categories of frontline workers should be excluded from the government’s visa extension scheme. Regarding the scheme, a statement by the Home Office reported that “we are subject to some difficulties in terms of understanding and knowing the immigration background and status of individuals, particularly those who have not come through the tier 2 [visa] route.

The COVID-19 pandemic reveals that there is a need for the UK government to introduce clear routes through which people can come to live and work in the UK so that the government, individuals, and their employers have a coherent understanding of the terms and conditions that apply.

As the current crisis shows, the category of “low-skilled workers” needs to be revised. While we classify cashiers, rubbish collectors, postal workers, bus drivers, and cleaners as low-skilled or even unskilled workers, these categories of workers have clearly been performing essential services, and have risked their health and that of their families and loved ones by continuing to work throughout the lockdown. People working to stack shelves, to keep the peace, or treat the sick are absolutely “essential workers”. The automatic visa extension scheme needs to apply to many more groups of people.

Furthermore, visa application fees are expensive for many migrants and their families. For example, a Tier 2 working visa costs £704 per person and each family member has to pay additionally. The visa is valid for up to three years after which renewal costs have to be paid. The UK’s new immigration system needs to significantly lower these fees, and adapt them in accordance with a person’s earnings and family situation.

The pandemic highlights another critical immigration policy, namely “no recourse to public funds” (NRPF), a status given to migrants living on a temporary visa. This applies, for example, to people with a general work visa (Tier 2), a student visa (Tier 4), or a family visa. The government should see the current pandemic as a wake-up call to revise its NRPF policy. As the Migrant Journey 2019 report states, 86 percent of migrants originally granted a family visa in 2014 had valid leave or settlement status at the end of 2019, compared to 24 percent of those who came with work visas and 17 percent who were on study visas.

Not only does this show that most people with temporary status aim to fully establish a life in the UK, but they are also paying taxes throughout their time in the country. Immigrants with NRPF have to pay thousands of pounds to apply for their visa to be renewed every two-and-a-half years. As many migrants have no form of unemployment insurance, many families are faced with severe hardship as a result of this. That this can leave children, whose parents have paid taxes since the day they arrived in the UK, to grow up in poverty is a scandal. In the long-term, it would arguably cost the government and taxpayers more to repay the damage created by such neglect, than it would to rethink its “no recourse to public funds” scheme.

In response to public pressure, the work and pension select committee has recommended to suspend the NRPF during the pandemic and future times of crisis. But this is not enough, and this problem is not a short-term one restricted to the crisis. Rather, it is a systematic one that can only be addressed with wholesale change to the UK’s immigration system. The suspension won’t make a significant change in the longterm if visa costs remain unreasonably high, especially given that applicants cannot typically claim public funds ceteris paribus (i.e. with other things being equal). For example, if an applicant household includes a family member with a disability, they cannot claim disability living allowance. But disabilities don’t usually just happen during a crisis, and can be tied to life-long financial expenses. Therefore, the NRPF policy needs to be removed, not just suspended during times of crisis. A welfare state must not deny access to crucial services for people and their families who have been working, paying taxes, and who have established their lives in this country.

The UK’s immigration system does not show difficulties just during the pandemic. Rather, the current crisis has highlighted problems that migrants have been facing for decades. It is clear that the functioning of our social and public system depends on immigration as well as on British citizens. Many families who migrated to the UK are eager to stay and to contribute to British society. Just as these people contribute to the system, they deserve to be treated as an integral part of this country.

Authors
Hannah Fuchs
Author
Hannah Fuchs graduated from The London School of Economics with a MSc in EU Politics, and contributed to this year’s pamphlet on Artificial Intelligence and Ethics published by the Young Fabian Society Tech Network. She is currently working as a Communications Officer at the charity Lifelites.
More from Policy Network 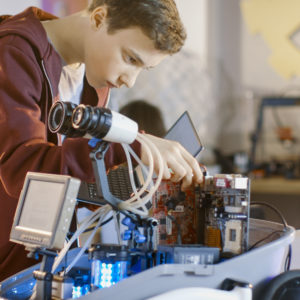 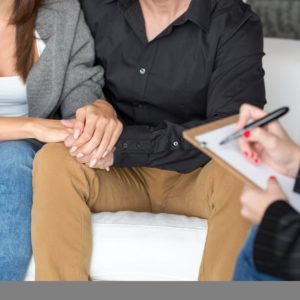 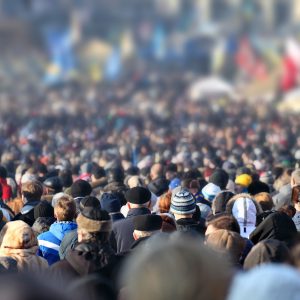 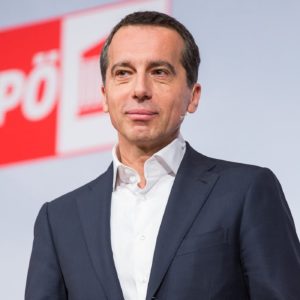