Democrat paths to power: The presidency

Failure is not an option for the centre left in America’s armageddon election. But how can Joe Biden and Kamala Harris win the presidency?

Joe Biden is battling for the moral soul of the United States. Donald Trump is on the back foot. For the sake of American democracy, Biden must win, but there is still every chance Trump can too.

The 2018 midterms saw the Democrats perform well in more traditionally Republican territories in the sun belt and in ‘Blue Wall’ states that were lost in the 2016 presidential election. The polls have given Biden a consistent national lead since he became the party’s nominee (and polled consistently ahead of Trump as a potential candidate since January). The Covid pandemic may well have changed the political fortunes of Trump irreversibly. In a deeply polarised nation – on race, culture, health, the economy and myriad other issues – there is little wonder why many Americans see this as the armageddon election.

Last week Policy Network published my accompanying State of the Left article, which considered Democrat paths to power in the Senate, an equally important battle for the US centre left to win. This electoral college prediction takes a look at the states that could plausibly turn blue and that are crucial to a Biden-Harris victory.

Arizona has traditionally leaned right and continues to do so in its state legislature. But in recent years Democrats have performed well, like Kyrsten Sinema’s success in 2018, winning a Senate seat there. This year, Arizonians are set to reject GOP senator Martha McSally in favour of Democrat Mark Kelly as well.

The heavily populated Maricopa county could be key here: the Phoenix suburbs have seen an increase in Latino and liberal-leaning residents as well as those disillusioned with Trump. It is worth mentioning that Biden’s lead in Nevada is not runaway but is likely to stay Democrat as it did in 2016, hence its omission from these ones to watch. Fairly consistent New Mexico (+5) and more recently consistent Colorado (+9) are almost certain to add to this sun belt/mountain wedge for the Democrats.

These three southern states all went to Trump in 2016 but are on the cards for a Democratic victory this time. Many will be all too familiar with the importance of Florida in presidential elections, and with 29 college votes it offers a huge take home for the winner. The sunshine state has an increasingly diverse population with Latinos making up a record 17 per cent of voters in 2020, and includes a lot of older citizens who may have been forced to think twice about their presidential choice as the Covid pandemic rages on. That said, Democrats fell short here by the smallest of margins in the 2018 midterms, and the polls are still tight.

Polls in Georgia and North Carolina are also awfully tight. The latter is probably the best chance Democrats have of the two, but Biden’s willingness to rally in Georgia a week out from election day shows some confidence. Bill Clinton was the last Democrat to win the Peach State in 1992, though the shifting demographics of nearly 30 years could turn the tide. Non-Hispanic whites comprise barely half of the state’s population today and its black population has grown faster than the white population. The story of a growing Latino population is very similar in North Carolina which could swing things in the Democrats’ favour.

These rust belt states are the most crucial. Biden can still win should he take Wisconsin, Michigan and Pennsylvania but lose Florida, Georgia, and North Carolina. It is a fairly non-controversial prediction that Pennsylvania will be the most likely tipping point state. Michigan and Wisconsin in particular were neglected by the Clinton campaign in 2016 based on an assumption that, well, these ‘Blue Wall’ states were solidly blue.

Pennsylvania was given significant attention in 2016 but still went to Trump (by 0.72 per cent). This had a lot to do with the disaffection of a combination of white, blue collar, evangelical Christian and older voters who responded positively to Trump’s insurgency, predicated on the sentiment of feeling left behind both economically and culturally. There are now multiple factors why we may not see a repeat, as Trump no longer has insurgency on his side and appears to be fighting the same battles of four years ago. He has a record to defend. But on the pandemic, race relations, healthcare and possibly most importantly for these states, jobs, it is not a good one.

Iowa and Ohio (+18) are toss-ups. A sophisticated Republican ground game in Ohio, and an increasingly right-leaning trend here, will make this formerly bellwether state a difficult one to win for Democrats. Polls have given Biden leads in Iowa, albeit wafer thin ones, and the down ticket race for one of the state’s Senate seats also has both Republican and Democratic candidates neck and neck. I think this could be the narrowest Democratic win and should signify a landslide if Biden pulls it off.

Nebraska and Maine do not operate on the winner-takes-all model for how their electoral college votes are distributed. Both states divide their total college votes: some fall into into a state-wide allocation, but they then divvy up the rest to their smaller congressional districts. These districts can vote their independent way. For the purposes of this prediction, only one district from each state (Nebraska’s 2nd and Maine’s 2nd) are in contention to vote a different way than they did in 2016. If won, both districts will contribute a single college vote each. This will ultimately mean the remaining four votes in Nebraska will go Republican, whilst all four votes in Maine will go Democratic.

Probably a bridge too far, Texas (+38) hasn’t voted for a Democratic president since Jimmy Carter in 1976. But it’s not impossible for the Lone Star State to punt for Biden this time. Insurgent candidate Beto O’Rourke did exceedingly well to run GOP big name Ted Cruz down to the wire in the 2018 midterms. There are significant demographic shifts happening here – the state has the fastest-growing population in the US, with nine Hispanics relocating to the state for every white person. Democrats have not shied away from putting in serious canvassing in the state, with Kamala Harris stopping here last Friday, just five days out from polling day. If not won this time, then with some decent work from Democrats it may very well be won at the next.

Authors
Josh Newlove
Author
Josh Newlove is political adviser to Policy Network and editor of the State of the Left blog. He writes on the history and future of social democracy in Britain and Europe, and convenes the organisation’s international programme of partnerships and events. An active member of the British Labour Party, he previously served as a councillor in East Yorkshire (2011-15). He holds a BSc in Social Policy from the London School of Economics.
More from Policy Network 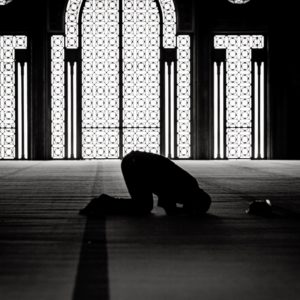 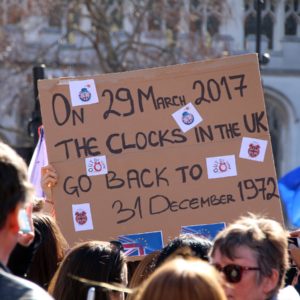