Car-based mobility is certainly not in line with progressive thinking.

One of the interesting things about transport and urban planning is that so much of what happens is informed by and has an impact on so much else. The movement of both people and goods is part of the very fabric of our society, and cause ripples up and down causality chains. We all want cleaner air and less traffic, but it is difficult to move away from our current car-based mobility because 60 years of car-centric planning has meant that people’s jobs, homes, supermarkets, places of education and childcare choices are all related to their mobility options. Our streets, towns, lives and economy are geared around cars, and if we pull at one thread, then a whole host of others start to knot around it, making unravelling transport choices and decisions a frankly Herculean (or should that be Sisyphean?) task.

Covid-19 changed all of that. Overnight we stymied the movement of people, by limiting public transport to key workers and by closing offices, schools, nurseries, sport clubs and shops. To extend the metaphor, we took a knife to that tangled web of interactions and got a chance to see what happened.

The benefits were many-fold. There has been cleaner air for millions of people and wildlife, and the noise of birdsong and trees rustling replaced the omni-present roar of road traffic. There were more tangible benefits too, as streets were returned to the people who lived on them, rather than with drivers using them to hasten their progress from A to– B. Whilst by no means all, many people realised that they could work from home, and that many of them would prefer to do so at least for a part of the working week.

Almost overnight, this revealed just how our current car-dominated transport system affected so many elements of people’s lives, including people who don’t habitually drive or even own a car.

Car-based mobility is certainly not in line with progressive thinking.  20% of men and 30% of women don’t hold a driving licence. Only one-third of households in the lowest income decile have access to a car or van and half of single parent families with children don’t have access to a vehicle.  Despite this, these households are most likely to suffer from the externalities of car-based mobility. In terms of air quality, the link between exposure to car-based air pollution and poverty is clear as Barnes et al have noted recently and is shown below:

Figure 1: Percetange of Households in Poverty against concentration of NO2 and PM per LSOA.

Exposure to air pollution from vehicles has been linked with increased chances of developing a whole range of conditions, from asthma and cancer through to dementia, bipolar disorder and schizophrenia. Furthermore, these emissions are being generated by the most affluent. Barnes et al. further state:

[Our work] shows a strong negative correlation between emissions generation and poverty, signifying that households in the poorest areas emit the least NOx and PM, whilst the least poor areas emitted the most. The correlation presented…indicates significant social inequality concerning exposure, however, [our work] indicates that traffic pollution within those poorer areas is likely to be caused by those living in relatively more affluent areas, further compounding this environmental injustice.

Electric vehicles are proffered as a solution, yet they offer us at best only a slight improvement on the status quo. The most damaging pollution in the Particulate Matter (PM10 and PM2.5) and this tends to come from brake and tyre wear – areas where electric vehicles offer worse performance than combustion-engine vehicles due to their increased weight. Indeed, the percentage reduction in PM emissions is only approximately 1 – 3%. This isn’t going to make a significant impact on the 40,000 deaths a year that are attributed to poor air quality in the UK, where the number one polluter is our transport system. If we’re looking to take a progressive stance and improve things for those who would most benefit, then we shall need to start looking at alternatives to car-based mobility.

Yet it is not just in terms of air quality that our existing system is proving damaging. The noise pollution caused by traffic has similar impacts, with studies demonstrating that it affects concentration and cognitive function, suggesting that schools and colleges should not be on main roads, whilst noise pollution from road traffic (especially at night) has been linked with high stress, ischemic heart disease, stroke, obesity and diabetes.

Away from physical health impacts, car-based mobility also dominates and shapes our communities more broadly. Many transport planners and urbanists are familiar with the work of Donald Appleyard, who demonstrated how three superficially similar streets in San Francisco had very different levels of community engagement and understanding as a result of the amount of traffic that used them (the key graphic is available in Appleyard’s book, Livable Streets, Walkable City Rules, 2019).

Children often don’t play in the street any more, not just because games consoles, TV and the internet are alluring alternatives, but because rat-running traffic has made the idea of kids on bikes or playing a game of cricket or football in the street is often unthinkable in many places.[1] Often, people don’t know their neighbours or feel confident in their children’s safety when outside.

Old people who have never or no longer drive find themselves isolated and cut off by multiple lanes of traffic. Often, both children and old people have restricted movement options due to a fear of traffic. This can include things such as the amount of time given to cross the road at signalised junctions, which have traditionally been based around a walking speed of 1.2m a second, which for both older and younger people, people pushing buggies or carrying shopping , and people with mobility issues, is often extremely challenging.

Those elderly people that still drive can also become a potential risk. In a recent example, a 91-year-old lost control of her car in Edinburgh in July of this year and killed a 3-year-old child, before crashing into a charity shop on a busy shopping street. This is far from an isolated, incident, as Rothe (1990) notes:

…the elderly have higher rates of accident involvement arising from actions such as failure to yield the right of way, turning improperly, ignoring stop signs and red lights, and starting up improperly into traffic…The elderly also tend to be overly involved in accidents result from changing lanes, merging, or leaving from a parked position.

In a rapidly aging society where many people are dependent upon driving for much of their transport needs, this doesn’t bode well for the already terrifying road casualty statistics. Over 160,000 people were injured (25,511 of them seriously) on roads in Great Britain, with a further 1,784 losing their lives, or 5 people a day.

This whistle-stop tour of the issues has shown that car-based mobility manifestly isn’t working for individuals, the environment or the communities through which we drive. So, if we are to build back to a new normal, shouldn’t we aim to build a better system that can deliver better outcomes for people, place and planet? As we inadvertently applied the knife and broke the Gordian knot, why would we re-stitch it back into place? But what would a system that was more progressive look like, how would it work and what, given the way that transport affects everything we do, would the ramifications be across other policy areas?

I hope to explore such questions over the coming weeks, and assess the changes needed to make it happen, the changes it in turn would create to, hopefully, generate a better, cleaner, greener and more equal society and economy. We’ve already seen glimmers of this future in the years running up to the crisis, and a desire from people, local authorities and national government to “build back better”. Hopefully we can provide something approximating a policy blueprint for us all to use.

Any such blueprint would need to have two key elements, which are (handily) self-reinforcing. That is enabling active and sustainable travel and discouraging private motor traffic. We need to provide coherent, reliable public transport networks and safe, protected cycling and walking infrastructure. We need to discourage people from taking the car for short journeys or owning one in the first place so that it is ‘the easiest option’. To do that we need to stop prioritising car traffic on our streets at the expense of pedestrians, cyclists, buses and trams. Indeed, as Appleyard showed, we need to stop prioritising through-traffic in cars over the people who live, work and shop in these places, instead looking to create more town squares and pedestrianised streets. We need to look into the costs of transport and make them better reflect our priorities and encourage sustainable, and less selfish, behaviour.

We’re starting to take a few, tentative, baby steps towards some these as a result of Covid-19 with some public realm and roadspace re-allocations, but for many reasons its hard to take them further, much faster, which is what we really need to do. This paper (summarised with gifs here by one of the authors) demonstrates not just why this is quite so hard, but also why doing so is both progressive and political. So join us as we look into what this policy blueprint would look like and how we explore just how much better it would be.

[1] This doubtless also contributes to the growing childhood obesity problem – as if kids can’t run around outside, then they’re probably sitting down inside – although obviously the causes of the obesity epidemic are complex, multi-factorial and multi-faceted, the obesogenic environment we have created, partly through car-based mobility, must play a significant role.

Authors
Kit Allwinter
Author
Kit works across both transport planning and placemaking to help innovate and develop places that are better for both people and the planet. He is passionate about enhancing the quality of life for local communities through generating cleaner, greener and more economically active spaces for everyone. He is currently based in the North of England and writes and speaks regularly on these topics for UK and European audiences.
More from Policy Network 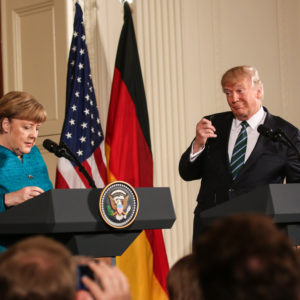