Education can lead the economic recovery

The way that schools are reopened will define the success, or failure, of the UK government’s economic revival in the years to come

In March of this year, some seven-million British children bid a temporary farewell to their schools. The risk of spreading COVID19 from classroom to classroom was too great to justify a continuation of schooling, despite the social and economic impact that would no doubt follow in the wake of these exceptional closures.

To stop schooling is to stop standard operating procedures across society, which, naturally, is to cease the ordinary economic functioning of society. Parents have been forced to radically alter their working lives to accommodate childcare, whilst some who had already been furloughed or have lost their job altogether are surviving on a substantially reduced budget. On top of this, the government are now footing the bill for up to 80 per cent of wages for nearly nine-million workers, at least until October, and have seen over two-million new claims for Universal Credit payments since the lockdown began.

Research provided to the Department for Education (DfE) predicted that four weeks of school closures would cost the economy around 3 per cent of GDP. Fast forward 12 weeks, and Chancellor Rishi Sunak has stated that school closures alone could have had as much as an effect on the economy as the 2008 recession did in its entirety.

Therefore, laying a path for a safe, robust and functional return to education for students is needed more than ever. The much-derided plans to reopen schools in June was a sign of a government more concerned with being popular than with protecting public health, and which ended up dragging the reputations of both the government and teachers’ unions through the mud. A considered and calculated return that would limit the spread of coronavirus is essential for the lifeblood of the labour market and the wider economy.

However, it is fair to observe that many schools across the country were in dire need of urgent government support even before the onset of COVID19. David Cameron’s manifesto pledge in 2015 of ring-fencing per-pupil spending was a superficial vote-winner at best, as real-term decreases in funding followed after inflation was taken into account. This policy was left untouched by the subsequent May and Johnson governments, further entrenching the slow demise of the quality of comprehensive schooling that children received across the country.

It was not uncommon to see signs being put up across the country outlining the per-pupil loss in funding due to these reforms. Research conducted by The National Education Union and backed by the Institute for Fiscal Studies showed that only 18 of 533 English parliamentary constituencies received greater real-term school funding in 2020 than in 2015.

Inevitably, this had disastrous consequences with many disturbing parallels to today’s crisis. In 2019, over 200 schools had already enforced some form of closure, entering into a new four-day working week to deal with the effects of funding cuts. This often involved schools closing on Fridays and, for some, staff redundancies. Over 1000 schools had turned to some form of crowdfunding to maintain a stable cashflow to stay open for a full week.

Therefore, one might have expected an outpouring of public support and a new-found adoration for the education system, much like what we have seen for the health service over the past months. The new collective conscience of absolute protection and resilience of the NHS has grabbed the nation – we clap for our carers, despair at their loss of life in the line of duty, and donate generously to centenarian-led fundraisers. Never has public support been expressed so emotionally, openly, and collectively.

This contrasts notably with support for public education. As mentioned previously, the scuppered attempt to return to schooling by mid-June saw the government lose credibility in their plight to protect public health, while a press pack geared towards anti-unionism were quick to attack the teachers’ unions’ ‘militant’ approach to questioning government policy. The government’s rushed re-opening policy failed, teachers appear unwilling to co-operate and suffer public vilification, and 48 per cent of primary schools remain closed. There are no winners in this unpopularity parade.

Consequently, with many families too afraid to send their children back to school, the partial reopening of primary schools in June saw only a pitiful 25 per cent of eligible pupils returning. As pressure mounts from all sides of the political spectrum on both the unions and government to reach an agreement on the terms and conditions of any future reopening, there is a serious risk that comprehensive education for many millions of students could be dramatically affected. Come September, education, one of the most vital sectors in stimulating the restoration of our economy, could be paralysed by government ineptitude.

The government now have much more time to design and plan for the safe return of students in the autumn. The National Education Union’s ‘checklist’ for ensuring safety in schools in the context of the pandemic is an excellent starting point for addressing the worries that teachers, parents and pupils will inevitably have. While the headlines of this resource are grabbed by the ‘no marking of books’ recommendation, it still provides a solid base for government to work with headteachers in preventing the spread of infection in schools.

Not only would this provide teachers and staff with guidelines to follow, but the level of distrust in the government’s current strategy could also be swept away. Were Education Secretary Gavin Williamson able to defend government policy on schooling with thought-through, sensible and assured answers, the results can only be positive.

Another priority is to improve access to effective virtual learning for both the remainder of the summer term and once school starts back in September. Access to technology that facilitates homeworking, especially for disadvantaged students, will be crucial for minimising grade disparities, particularly for GCSE and A-Level students. Additionally, it is likely that students with underlying health conditions or special educational needs will be prevented from returning to school until the risk of infection is minimised.

After legal pressure from The Good Law Project to ensure the provision of a ‘suitable education’ for all schoolchildren, the DfE announced a bold and much-welcomed laptop delivery scheme in April to help the most disadvantaged students during the lockdown period. This sees the DfE committing to provide laptops and 4G routers to Local Education Authorities (LEAs) to be handed out to schools for further distribution to students who are in year 10, care leavers, or receiving social worker support. This was a positive move from government, offering a lifeline for those worst-off, and addressing criticism of a lack of action from opposition parties.

However, past policy decisions have come back to bite. Since the coalition government (2010-2015), approximately two-thirds of all secondary schools have converted to centrally governed academies, severing the link between schools and LEAs. This means that schools, rather than LEAs, have had to directly order technological resources from the DfE, disrupting the process of local distribution significantly. In a survey of 142 headteachers, 54 per cent reported receiving no laptops from the scheme, while 70 per cent reported no deliveries of 4G routers. Plus, as of early June, the DfE have failed to deliver over three-quarters of devices pledged since April, raising accusation that the government is treating students as ‘an afterthought’ by opposition MPs.

The DfE’s policies in response to COVID19, while promising much-needed reforms and support, seem to fall through at the final hurdle of actual delivery. This does no favours for parents, teachers or pupils, thus the revival and solid implementation of the scheme is vital on all accounts. Chancellor Rishi Sunak’s decisive and speedy introduction of the Job Retention Scheme for a suddenly precarious workforce was widely welcomed, and a similar mentality and pragmatism must now be mirrored by the DfE.

A final task for government is to end the artificial ‘ring-fencing’ of school funding for future years. For a sector that is so vital for economic recovery and growth, it must be given the respect it deserves in post-lockdown society. An education system that has eradicated the need for four-day working weeks will allow the full re-entry into employment for parents across the country, while bolstering the service provided to children for years to come. For such an essential part of society’s functioning, the comprehensive education system has been let down for too long to be mistreated and underfunded any further.

Nevertheless, the application of these policies will be underpinned by the government’s wider management of the pandemic. At this critical stage of the lockdown, where daily infections and deaths are slowly reducing, it would be a huge mistake to fully reopen the economy, or the education sector, too hastily.

The government must therefore be willing to compromise with unions and opposition alike, not only for the sake of cooperation, but also due to their poor handling of the crisis generally. Their record is nowhere near strong enough to justify executive decision-making, nor do the public need more confusion and uncertainty in such a vital period of the crisis. The time between now and September will be crucial for the nation’s recovery from the pandemic, and it will be the outcomes of the re-opening of education that will define the success, or failure, of the government’s economic revival in the years to come.

Authors
Jamie Bains
Author
Jamie Bains is a social researcher at Cardiff University. He has conducted research into the post-recession labour market for the civil service, and is currently studying the impacts of Coronavirus on the education sector and students’ grade outcomes.
More from Policy Network 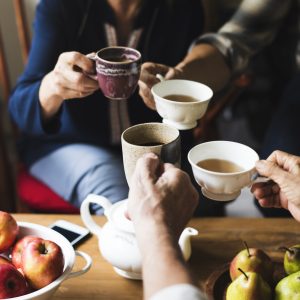 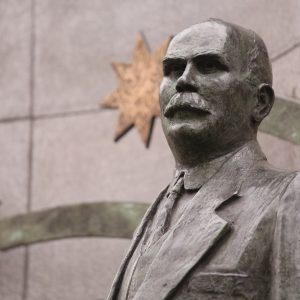 Blogs
State of the Left
A fresh start for Irish Labour?
Barry Colfer 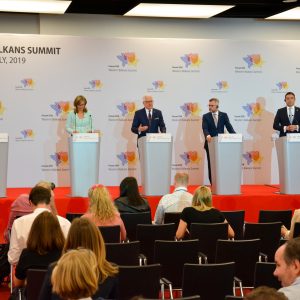 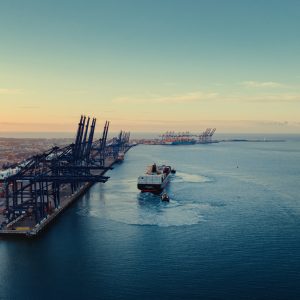