Five challenges in a platform economy

The ‘platform economy’ is changing all of our lives as consumers and the way how services are delivered and goods are shared, as demonstrated by the runaway success of platform businesses such as Airbnb and Uber. Some of those innovative business models are at the cutting edge of creating jobs and sourcing productivity, having added €17.5bn to EU economy in in 2013. But such a radical change also has profound implications for many of us as workers – with insecurity and lack of protection all-too-present dangers. Across Europe 2.5 per cent or one in 40 now relies on platform businesses for the majority of their monthly earnings, according to a new survey led by Ursula Hews on behalf of the University of Hartfordshire and the Foundation for European Progressive Studies (Feps).

The range of platforms is broad and their impact on the organisation of labour markets, employment rights and existing social security structures in modern economies far-reaching. Through the use of the internet they can accelerate innovation processes matching supply and demand of services and products at very low costs, restructuring business and reorganising work itself. What started out with people building small businesses on eBay or Amazon Market Place has now expanded to virtual platforms that offer a great number of services, including high-skilled IT expertise (eg Upwork), lower-skilled repetitive online tasks (eg Clickworker), manual  maintenance services (eg Taskrabbit) or transport and driving jobs (eg Uber and Deliveroo).

During the discussion at a recent event hosted by Policy Network, it became clear that we still lack sufficient evidence on the ramifications of platforms on labour markets and developed economies at a time when both are undergoing significant changes. First, labour markets are becoming increasingly polarised, which is in part caused by the use of technology more generally but also more flexible labour market policies, especially in southern Europe. And second, modern economies are ever reliant on a highly-skilled and flexible workforce, a trend best known as the knowledge economy. Platforms are embedded in these greater transformations of labour markets and remain mainly a regulatory issue of how to best reform employment laws and social security models from an industrial age so that they do not stifle innovation but foster fair competition, growth and the creation of jobs.

The five main challenges that emerged from the discussion were:

Across Europe policymakers have only taken faltering steps so far to try and keep up with the rapidly evolving pace of change from emerging platforms and tech. Too often, uncertainty over how to respond is resulting in inaction and lost opportunity. A policy agenda on how to resolve the regulatory issues on employment is largely absent, including thorough debates on the role of the private and public sectors in stepping up to the challenges of a modern labour market. What emerged from our conversation was a mix of putting more emphasis on retraining and reskilling but also fostering local initiatives and social partners.

On the necessity to assert authority over the grey zone in labour laws in which platforms currently operate there is an imperative for policymakers to act. This includes debating publicly how platform workers can fit into existing employment laws or whether new options need to be made available for those who are currently dropping out of dichotomy between employed and self-employed or in and out of work. It is crucial to include social partners in this debate, especially trade unions and employers’ organisations, which are both having difficulties in making their voice heard. Trade unions have been seeing a decrease in membership numbers, especially among those who are not employed in traditional industries, but also employers’ organisations have been facing difficulties as some global corporates are increasingly playing by their own rules.

Life-long learning is at the centre of a social policy agenda that recognises the changes of technological disruption, adding security to both workers’ and entrepreneurs’ lives, and constantly helps workers adapt to the sort of skillset that business needs to thrive in a digital economy. A reform proposal would rebuild the skills of young and old workers; of men and women; of workers in centre and periphery employment, in order to create a new working world in which everyone can benefit from technological advancements. The process of lifelong learning should be facilitated by directly linking learner and employer through web platforms.

Governments should also substantially improve the individual career paths and mobility of vulnerable workers. Volatility in job markets will make it necessary for workers to readjust their skills set throughout their careers. Individual lifelong learning accounts are one way to strengthen people’s employability throughout their working life. Avoiding the pitfalls of the UK experience they would incentivise employers to directly invest in staff, focus on industries most affected by disruption and target vulnerable workers on the lower end of the income scale. Individual workers accounts could also be used to create a direct link between employers, workers and regulators to safeguard employment rights, such as sick or holiday pay, maternity leave, accumulate credits for training schemes or guarantee the portability of those between different platforms. New ideas, such as the Cities of Learning approach outlined in a recent RSA report, could also guide the way to strengthen workers in the digital age. This concept focuses on the creation of local peer-to-peer networks that expand skills and learning throughout their communities.

Authors
Florian Ranft
Author
Florian Ranft is Head of Programme Structural Change at Das Progressive Zentrum and focuses on inclusive growth and the future of work. In previous capacities, he was Head of Policy and International at Policy Network, and a former Senior Research Analyst at the Centre for Progressive Policy, both think tanks based in London. Previously, he was a researcher and lecturer in political sociology and international relations at the Universities of Frankfurt and Greifswald.
More from Policy Network 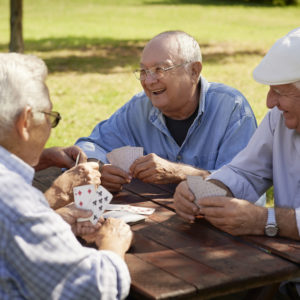 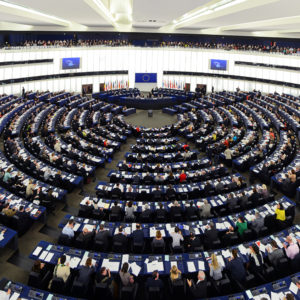