After the pandemic, which window of opportunity will open widest for far-reaching innovation and experimentation in public policy reform? If there is one window that just cannot be shut back down, then it surely relates to public policy in the field of health.

We distinguish ‘health’ from ‘healthcare’: health is a state we all wish to have, while healthcare is an intervention we all wish will end as quickly as possible.

Post-Covid-19, it will not be simply a matter of improvements to stockpiling of masks and gowns, or increased provision of ventilators or intensive care beds or capacity for population-wide testing or large-scale contact tracing. There are deeper issues at play, going right back to basic definitions of ‘health’. That then leads on to how we can better maintain and improve it.

This broader issue of health has to be tackled afresh because what makes Covid-19 such a problem is that what is a mild disease for those who are otherwise healthy becomes a killer disease for those with underlying conditions. This is frequently the case with respiratory infections. Thus, influenza is an unpleasant infection but millions can die from it when there are pre-existing conditions, poor nutrition and so on. Continuously improving population health is the best defence there can be against the next new viral pandemic. That is what public policy now has to put right. The window of opportunity to achieve this will be open as the current pandemic ends.

The underlying conditions that make Covid-19 into a killer disease are themselves pandemics. We know that these pandemics include at least diabetes, heart disease and cancer – the common long-term conditions. Prevention does not mean improving treatment of these conditions. Rather, it means reducing the risks that we all face of getting them. The major modifiable risk factors are well-known: obesity, insufficient physical exercise, social isolation, and so on.

Obesity, for example, was identified by the World Health Organisation (WHO) as a global pandemic years before Covid-19 came along. It affects not only high income but also middle and low income countries. In North Korea 17% of girls are obese. WHO has coined the term ‘globesity’ to refer to the problem.

If we ‘follow the science’, then continuous improvement of population health requires us to think again about how public policy can be used to combat obesity, insufficient physical exercise, and social isolation. Public policy has, up until now, failed. Healthcare policy is not the issue in the first instance. By the time we need healthcare, we have missed the opportunity to prevent ill-health. The direct issues relate to food and agriculture policies; transport, housing and planning policies; and cultural and community policies. The indirect issues include education policies, economic and business policies, and even foreign policy.

Improving population health as a goal in itself and as protection against the next new viral epidemic thus encompasses public policy as a whole, if we are to follow the science. WHO has expressed the need for ‘health in all policies’ so as to fight against the common long-term conditions. This would put health – i.e. the prevention of ill-health – on the agenda of every department of national and local government.

However, this does not go far enough. Health should not merely be on the agenda. It has to become the agenda itself. In other words, health has to become the purpose, the organising principle, the raison d’être of government and of governance. Cicero recognised this two thousand years ago when, with a flash of insight while drafting a constitution for the Roman republic, he wrote: ‘Salus populi suprema lex esto’ (the health of the people is the supreme law). There was precious little he could do with his insight in Ancient Rome. But today we can – if we follow the science.

If we do not follow the science, we will be left with the consequences of ever-increasing levels of diabetes, heart disease, cancer and depression and anxiety. The NHS requires over £110 billion a year to treat primarily these conditions. Then there are the non-NHS costs of the consequences of this ill-health. Public Health England has calculated that the financial costs to individuals, employers, the NHS, the government, and to the whole English economy to be between £147 billion and £185 billion per annum[1]. This corresponds to about 11% of GDP for the UK as a whole. We will also be left at the mercy of the next new viral pandemic.

How can health become the raison d’être of governance? First, health is not the ‘absence of disease’ but should be re-defined as the status we each have when our needs are optimally satisfied. This positive definition arises from the work of political philosopher Lawrence Hamilton. For him, health is the satisfaction of human needs and he sees three classes of such need: vital (nutrition, housing, rest, exercise etc.); social (transport, communication); and agency (personal and political expression and respect) needs[2].

Part of the DPM’s coordination can be delivered via the National Risk Register that was introduced in 2008 to list, monitor and mitigate significant risks. Flu is on the register. So are emergent infectious diseases. But obesity, for example, is not – despite the recommendation of the Chief Medical Officer. All the modifiable risk factors for the common long-term conditions need to be on the national and community level risk registers. The register is a good tool for defending communities from floods. It needs to defend them also from the common long-term conditions. Of course, this requires a government that takes risk reduction seriously. Disastrously, the recent depletion of national stockpiles for PPE indicates that this cannot be taken for granted.

In addition to this institutional change in our governance, we also need community and technological change.

Britain’s first-ever Public Health Minister, Tessa Jowell, laid out a vision in 1998 for improving the health of the population that saw stakeholders – including communities – agreeing to work together. Moving from vision to practise is never easy and, in the upshot, the first major attempt at improving population health in 2008 relied not on stakeholder agreements but on a conventional service approach, with the introduction of the NHS Health Check.

This service has persisted for over a decade, though in an increasingly tenuous form, and is in danger of becoming merely triage for patients. However it can still provide a platform for reforms that would promote stakeholder agreements and that would elevate individuals and communities from passive recipients of a service into citizens and organisations who are engaged and involved in their own health and that of others.

One concrete idea is to convert the typical practise nurse who performs health checks into someone who also undertakes community development work. Citizens coming in for checks would be encouraged not only to improve their own health but also to work for their community on such goals. Some citizens would then become health champions. The amazing response of 750,000 volunteer champions of the NHS at the beginning of the Covid-19 pandemic suggests what could be achieved in making health a matter for community development and mobilisation.

Imagine health champions (recruited at an NHS Health Check and supported by the nurse / community development worker) who are members of football fan clubs. They might undertake to improve their fitness and lose weight alongside their fellow fans at the club (regardless of whether they have had a health check). The club is encouraged to support this because the fans want to bring their families and friends along too. Thus, the health check has become a tool simultaneously for improving health, for community development, and for building a local business.

The technical business of health improvement is ‘risk reduction’. This means that I need to know that I am being successful in minimising my risk factors for the common long-term conditions. I need to know as quickly and as precisely as possible. I need regular testing of my ‘risk biomarkers’ with my test results stored safely. These risk biomarkers are simply one or other type of molecule in our bodies whose change in structure or concentration is robustly associated with decreasing risk of, say, diabetes.

Little research has been done on such risk biomarkers because work on prevention has been so feeble. However, with the right prevention infrastructure in place, the innovation required should be quick and straightforward. And, surprise, surprise, this infrastructure is precisely what is needed to prevent a disaster when the next new viral pandemic strikes. It comprises a national health data management system comparable to what was being built up until 2010 by the NHS Connecting for Health project, plus a biobanking system comparable – but larger – than the UK Biobank project that was started in 2005.

Nearly all governments round the world have decided that they need to say that they are following the science in dealing with Covid-19. Perhaps some are doing this for the right reasons of wanting to act based on evidence. Others may be doing it so as to be able to blame scientists for the hardships endured in suppressing the pandemic. From the point of view of the way that public policy rationales change over time, the new reliance on evidence makes a welcome change from reliance on either dogma or its sibling – fantasy. The challenge for public policy thinkers will often be a need for them to brush up on their knowledge of areas of science that are key to public policy, areas such as epidemiology.

Dr Yuille and Prof Ollier are honorary and emeritus members of the Centre for Epidemiology at the University of Manchester. Their forthcoming book, ‘Saving Sick Britain’, is to be published by Manchester University Press.

Authors
Martin Yuille
Author
Martin Yuille trained and worked as a molecular biology researcher at universities in the UK and US. He has also worked as a journalist and in local government.
Bill Ollier
Author
Bill Ollier is Professor of Health Science at Manchester Metropolitan University and Professor Emeritus at Manchester University. He has published extensively on the underlying causes of chronic diseases. He is a long serving member of the UK Biobank Board of Directors.
More from Policy Network 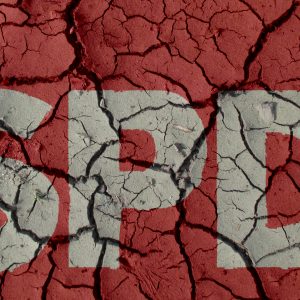 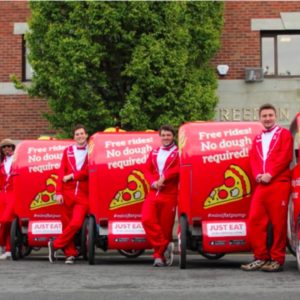 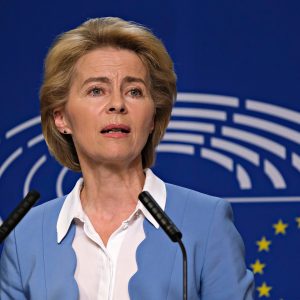 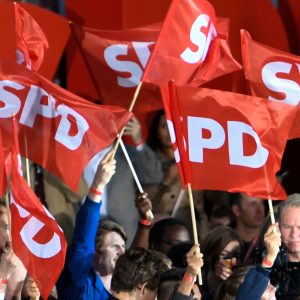