On 14 March 2021, Germany sees state elections in Baden-Württemberg and Rhineland Palatinate. Such contests always have some significance for at least three reasons. Firstly, state governments are important in their own right, being responsible for legislation on such topics as education policy, justice and policing, and many aspects of agriculture, planning, local government arrangements and transport. This has been thrown into sharp relief during the Coronavirus pandemic, when co-ordination meetings between Chancellor Merkel, key federal ministers, and the sixteen state Minister Presidents have steered Germany’s lockdown restrictions. At least since May last year, several of the Minister Presidents have been assertively pursuing their own political and regional views, and resisting Merkel’s attempts at coordination. Secondly, state governments are represented in Germany’s upper house (the Federal Council, or Bundesrat), and hold a veto power over legislation that affects state competences (including many budgetary questions). Thirdly, they are regarded as a test of the public mood towards the federal government, which is even more in focus this year (although there is healthy debate amongst experts about the extent to which regional or national political factors are more important in determining their outcome).

The national situation, however, increases the importance of these particular polls: Germany’s federal election will take place in September (with Angela Merkel stepping down afterwards), and her party, the CDU, along with its Bavarian sister party, the CSU, has not yet settled on a chancellor candidate. The CDU elected Armin Laschet as its leader and, while he might be considered the front-runner for the role, his poll ratings have remained stubbornly low, while Markus Söder, CSU leader and Bavarian Minister President, is regarded much more highly by both CDU/CSU voters and the wider population – although the CDU/CSU has not had the best experience with Bavarian chancellor candidates in the past.

Baden-Württemberg is currently led by the Greens, and polls suggest they are once again pulling ahead of the CDU in this prosperous part of Germany (think Mercedes-Benz, the rolling hills of the Black Forest, and delightful wine). It was formerly a CDU stronghold but the Greens took power in 2011, and overtook the CDU there in 2016. Green Minister President Winfried Kretschmann (for the British public, an unfamiliar political breed – a distinctly conservative Green politician) is extremely popular – a recent poll suggested some 66% of voters would vote for him in a direct election, while just 13% would opt for Susanne Eisenmann, the CDU’s contender. Until recently, opinion polls pointed to a dead heat between the CDU and Greens, but now the latter appear to be pulling ahead. The SPD, the liberal FDP and the far right AfD are all hovering around 10%.

Polls in Rhineland-Palatinate show the CDU running narrowly ahead of the SPD, but a reversal under the SPD’s popular Minister President, Malu Dreyer, cannot be ruled out. The state has been led by the SPD since 1991 – somewhat surprisingly, given its demographics (this time, think the delights of the Mosel valley, truly excellent white wine, but also the HQ of Biontech, developers of a Covid vaccine with Pfizer). Like Kretschmann, Dreyer is admired well beyond her own party’s support base: 56% would vote for her directly as Minister President, compared to 28% who would opt for the CDU’s Christian Baldauf. The current state government is a “traffic light” arrangement between SPD, FDP and Greens, and even if the CDU came ahead of the SPD, a continuation of the current coalition could not be ruled out.

So, beyond these particular states, what significance might these polls hold? The most immediate is perhaps the impact on the CDU/CSU’s decision on the chancellor candidacy. If the CDU comes second in both states, that will not help Armin Laschet’s chances of getting the nod; if it comes first in both, it will give Laschet a major boost. Topping the poll in one but not the other will be viewed as inconclusive. A decision to continue the traffic light coalition in Rhineland Palatinate might, in some quarters, lead to speculation about such a model at the national level, although in truth the numbers would be unlikely to stack up, the Greens might well favour an alliance with the CDU anyway, and the FDP, on a national level, is not held in high regard as a potential partner after scuppering negotiations with the CDU/CSU and Greens back in 2017.

The contests will also affect the mood in other parties. The Greens could do with some cheer – before the pandemic, they were almost neck-and-neck with the CDU/CSU, but are now some way behind and only narrowly ahead of the SPD. A win in Baden-Württemberg would boost morale, though in truth it would say more about the popularity of their candidate than of the wider party. For the SPD, good tidings have been in even shorter supply, as the party hovers around 16% nationally, so if Malu Dreyer squeaks home, the mood will be buoyed, although again this would be more her success than that of the wider party, and the expected dismal result in Baden-Württemberg will only serve to highlight the SPD’s weakness in another large, important state. Conversely, a defeat for Dreyer – perceived to be one of SPD’s real stars (albeit one who, on account of her multiple sclerosis, has ruled out becoming the leader nationally) – would darken the mood further.

So this election night promises to be both exciting, given the likely close results in both states, and also of wider consequence. A great opportunity for an election party, especially if British viewers can overcome the challenges of Brexit and stock up on the local produce from these states for the occasion.

Authors
Ed Turner
Author
Ed Turner is reader in politics at Aston University and co-director of the Aston Centre for Europe. He is acting chair of the International Association for the Study of German Politics, and is currently funded by the DAAD to conduct research on German social democracy.
More from Policy Network 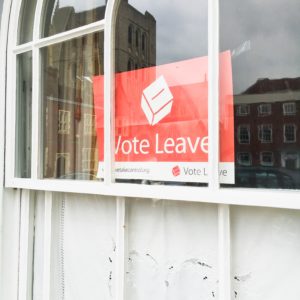