Local models of co-operation and collaboration, free from the drag of top down centralisation and wasted transactional costs, can be both more effective and self-sustaining

Four years ago, I applied to join the board of a medium sized older persons’ charity in South Tyneside. During my research into the organisation, it became clear that it had suffered a great deal of instability over the previous few years and was now at a crisis point. I finally discovered that the charity had been defrauded to the tune of £700,000 and as a result its chief executive and board of trustees had been fired or told to step down.

In the following months we found ourselves, perhaps unsurprisingly, dropped by our national parent association and our interim Chair and CEO moved on. I was left as the new chair- with a new CEO- wondering quite what to do next.

I decided that the only think to do was to set out a whole new strategic direction for the charity, one that was rooted in the values of the sharing economy and in collaborative working; approaches I’d always had an interest in, but had not yet had the opportunity to implement across an entire organisation.

We were lucky still to own our offices and activity rooms along with a café that were all based in the town centre, and one of the first things we did was to throw open our doors to smaller charities that would benefit from using the meeting spaces. This also allowed us to partner up with other organisations to provide holistic services built around the needs of our service users rather than the other way around. The charity, due to its recent leadership issues, was often seen as contestable, and prone to chasing down every source of funding, often to the exclusion of smaller local charities. In short, I decided we would become known for our commitment to collaboration, not competition.

Slowly over the course of the next three years we saw our balance sheet grow and become healthier as we started to support other organisations in preparing bids from funders that we could partner with, and our direct funding from the NHS and local authority increased as they recognised the model of care we had developed was improving the services we were offering to the community and its residents. I can’t pretend I was completely convinced that applying the concept of sharing would, perhaps counter-intuitively to some, increase our financial security, but at the end of 2019 that is the reality we were witnessing at the charity.

Then the Covid-19 pandemic broke. We found ourselves right on the frontline of providing services to our older people specifically and the community more generally. We had to furlough some staff and I was fearful about what the crisis would do in terms of our ability to stay afloat financially. Two things happened almost immediately. Firstly, we started to be offered grants by established funders to help support our services and the dozens of volunteers willing to deliver them. Our model of working and the profile we had developed in the borough was a motivating factor for this, and we manged to step in and help other charities that were struggling in the new situation and statutory partners who were finding it difficult to mobilise the necessary capacity to meet demand. Secondly, our offer to the community changed too, as we moved into providing services to the victims of domestic violence for instance.

Our view throughout was that having the skills and being able to respond quickly, without worrying about national guidance, service specifications and targets from a national body, was the most important factor in our offering. In short, our way of working was ideally suited to a crisis situation.

On reflection I think that three things allowed us to enter this crisis in an organisational shape and culture that would allow us to survive- dare I say thrive- in such a challenging environment. Firstly, there was a desire among our staff to work and think differently. The previous culture at the charity had been focussed on competition and chasing targets, along with a hierarchical approach to management. In those circumstances it was easier to suggest and to get approval for a new way of working. Secondly, support for the changes grew as staff became happier in their work and started to feel pride as the organisation became respected within the borough. Lastly, working in coalition with other organisations increased the charity capacity within the borough as space and resource sharing started to become the norm.

All this has reinforced the view that we should stay on the path we are one, but that this model of collaboration should become a more stablished way of working across all sectors both during and beyond the pandemic.

I’m not naïve, however, and I think our collective wish as a society to get ‘back to normal’ following the pandemic will probably mean we lose some of the lessons we might learn during the crisis, but we do have an opportunity to rethink what motivates us and what our intrinsic drivers are, as individuals and as communities. Recent months have provided us with evidence that in a crisis it is mutual support and cooperation that comes to the fore. If that is our default way of organising and working, then perhaps building it into our ‘business as usual’ mode might make us more satisfied with the work we do and might allow us to become more productive at the same time?

A decade of poor funding has severely damaged communities, particularly those dependent on the social capital that came with higher public spending. However, it’s becoming clear that local models of co-operation and collaboration- responsive, but free from the drags of top down centralisation and wasted transactional costs spent on competition – can be both effective and self-sustaining. It may also prove a point where progressive groupings can coalesce and build some truly transformative politics and policies.

Authors
Steven Duckworth
Author
Steven is a former clinician who now works as a NHS commissioner. He’s the Chair and trustee of a number of charities, as well as serving as a school governor and the head of his parish council. His main interests are in developing community focused politics and policy.
More from Policy Network 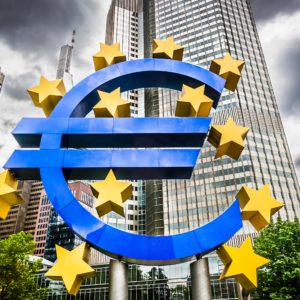