Money, debt and taxation under Covid-19

Broadly targeted wealth taxes have been increasingly proposed as a solution to widening wealth inequality, and authoritative studies demonstrate their feasibility at high thresholds and relatively low annual rates

Despite the terrible numbers in terms of national income (GDP) and employment as a result of the coronavirus epidemic and the measures required to control it, the UK economy has generally been doing what it should – keeping us fed, housed and clothed. Modern efficiency in producing goods and services allows basic needs to be met with a minimum of labour. An economy mainly producing non-essentials, however, leaves workers at risk when capitalists cannot sell their output.

The COVID-19 crisis has laid these realities bare. Many of us cannot fulfil our contrived obligations to capital, yet most of us (though by no means all) have got by. This has been achieved by maintaining the flow of money. Money involves financial obligations, however, that need not reflect what we truly owe to one another.

The Government and Money

Governments issue money to acquire on our behalf goods and services provided outside the market economy such as healthcare, education, welfare and security. If the circulating quantity of money is increasing whilst the quantity of goods and services for which it is exchanged stays the same, there is a tendency for higher money prices to be offered to acquire them. If this tendency becomes an established fact across the market then we have inflation. Inflation in small quantities can be beneficial, helping to spur economic activity and reduce debt burdens, but at higher levels it becomes extremely disruptive, wrecking plans and destroying savings. Money therefore needs to be removed from circulation once it has served its primary purposes. For money issued by the government this is done by taxes and bond sales.

How well the government, with its partner the central bank (the Bank of England for the UK), uses its money should not be a matter of numbers (such as balancing spending and receipts over some specified period) but whether it achieves society’s democratically directed real goals, such as adequacy of provision, fairness and equality.

Money is two-sided – it only makes sense when part of a balance sheet that matches up privileges (assets) and obligations (liabilities). So for informational and commitment reasons, the government needs to keep track of its money issue (its issue of privileges) and the obligations this implies. These obligations, in the form of government bond (debt) issue and interest payments, and the future tax payments these imply, may appear daunting in numerical terms – but the main focus must be on discharging real human and social obligations.

In response to the COVID-19 epidemic, the government has used its monetary tools directly and indirectly to enable individual citizens to access their essential needs, and to maintain the human, physical and accounting infrastructure of businesses: directly in the form of grants, and indirectly in the form of subsidising banks’ lending and forbearance. This should limit the immediate ‘economic damage’ to a temporary loss of consumption of non-essential goods and a delay in business investment. Neither of these need have any long-term implication for continuing production and exchange.

The United Kingdom’s economic and social ‘survival’ and recovery from the Coronavirus epidemic has depended on the work and sacrifice of many low-paid workers, frequently from ethnic minorities and/or of uncertain residential status, and frequently women, in healthcare, social care, essential supply and retail, transport and other sectors. Over the last decade, the essential infrastructure which many of these workers service has been run down. Our clear obligation to these workers is to ensure that not only are all receiving a ‘living wage’ – an income that ensures them and their dependents a full part in a modern society – but also satisfactory working and social conditions and the resources to do their jobs properly.

Many young people have had their education disrupted by the epidemic and the need to restrict contact between pupils, students and staff; often at the critical point of leaving school or university. We owe them their future back, particularly since their sacrifice has for the most part been to protect older, established members of society.

Many businesses and jobs are no longer going to be viable in the post-COVID environment. With the ending of ‘furloughing’ payments in October, material and training support will be needed to help many to transition to new earning positions. Enhanced welfare provision, up to and including a basic income, should be seriously considered at least for the medium term.

The effect of the UK government’s and the Bank of England’s interventions to date has been to increase the money in the economy by nearly £190 billion between the end of February and the end of May 2020. As a result of additional spending combined with tax revenue loss, the Office for Budge Responsibility’s central estimate for the increase in public borrowing in the 2020-21 fiscal year is now over £300 billion. Yet there are several reasons why this is not cause for major concern. Firstly, the programme of ‘Quantitative Easing’ introduced by the Bank of England following the Great Financial Crash (GFC) of 2008, has now been expanded to the extent that the Bank of England will soon own approaching £745 billion in bonds, over one third of total government debt. Secondly, nearly 60% of the rest of the debt is owed to UK citizens and institutions. Finally, the demand for the uniquely safe assets of bonds backed by sovereign governments is such that the interest payment needed to offload them is extraordinarily low – sometimes so low as to be less than the rate of inflation, so that investors are actually paying to lend governments money.

For a nation like the United Kingdom with complete control over its own currency, taxes do not ‘fund’ government expenditure. In the long term, however, a mismatch between expenditure and taxation may lead to a growth in government debt so far above national income that doubts will arise as to whether repudiation of issued bonds, or more likely high inflation, may become government strategy. This can lead to an increasing reluctance to purchase new bonds and to higher interest rates. As such there needs to be consideration of the match of expenditure and taxation once the economy has reached some form of post-COVID steady state.

Taxation policy allocates obligations, in the sense that whilst the government directs the delivery of public goods and services according to need, taxation selectively requires the giving up of purchasing power. Those to whom we are truly obliged may have some housing equity and some pension rights, but their net financial wealth in particular is a tiny proportion of the whole. This takes us back to the 2008 Financial Crisis itself, which was a product of the greed and impatience of financial institutions. The chosen means of central banks to manage the fallout was, as now, to provide cheap money to those self-same institutions through close to zero lending rates and via the purchase of bond holdings. As wages stagnated due to austerity, asset prices rose again to close to their real pre-crash peak. Those who owe the most in real obligations are therefore capital-holders, particularly those of us that hold non-productive assets in the form of property and financial securities.

Discharging the Obligations of Capital

A rising ‘tax burden’ need not impair our personal freedom to determine our own choices. As recognised by the economist William Baumol, labour-intensive service industries with outputs frequently provided publicly like health, social care and education can increase productivity at a much slower rate than mass goods output. Relative costs of consumer goods can dramatically decrease compared with public services over time, so that a larger tax burden for the individual does not necessarily equate to access to fewer private goods.

The taxation infrastructure does lead to much confusion about the nature of the economy. Apart from the misconception that taxes fund public expenditure and that therefore high monetary incomes and monetary profits are necessary to provide public services, there is also the framing of taxation as ‘theft’ from the hard-working earner or business-owner. In reality they are the beneficiaries of health, security, legal, social and transport infrastructure, as well as the repair of any social, health or environmental damage they incur, but this seems easy to forget. In future we should aim to shift the control and direct revenue benefits of production from capital owners to labour providers, consumers and communities. In this way industrial and business processes have the chance to be shaped at their root to avoid damage and enhance lives. This is likely to be cost-saving and also an important framing shift from tax loss to welfare gain.

Authors
Diarmid Weir
Author
Diarmid Weir was formerly a general medical practitioner, but switched careers to train in economics. He completed a PhD in Monetary Theory in 2008 and has taught at the University of Stirling and the University of Edinburgh. He writes on Economics and Politics at www.futureeconomics.org and is an award-winning photographer.
More from Policy Network

Blogs
Aftershock
Education and coronavirus: What next for UK schools?
Dominic Lee 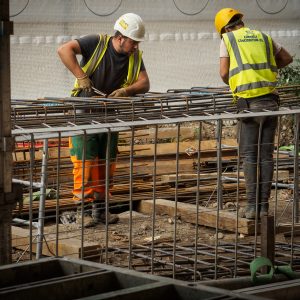 Blogs
State of the Left
Democrat paths to power: The presidency
Josh Newlove