Spain’s socialists: back at the centre

The street outside the headquarters of the Spanish socialist party PSOE (Partido Socialista Obrero Español) was blocked off for the first time in nearly a decade so that the large crowd of party members and supporters could celebrate the sweeping gains the party had made in the general election that took place on April 28th. This marked a crucial milestone on the long journey of the Spanish socialists back to the centre of Spanish politics and may hold important consequences both within and beyond the Iberian Peninsula.

First, the PSOE has reestablished itself as the dominant force on the left of Spanish politics after almost 10 years in the wilderness. The results suggest that Spanish voters have turned towards the mainstream democratic left over apparently more radical alternatives.  When the previous PSOE administration was thrown out of office in 2011 by voters angry at the austerity policies adopted by the leftist government of José Luis Rodriguez Zapatero, lean years followed for the socialists.  In the intervening years, PSOE’s protestations against cuts in government expenditure by the right-wing Popular Party (PP) that was in power between 2011-2018 had little traction amongst an electorate which was skeptical that a PSOE government would do things differently or better.  Like Labour in the UK, PSOE struggled to find a message on the economy which was both credible and popular.

At the last election in 2016 PSOE won just 85 seats in the 350-member parliament.  It was a historic low and an unwelcome shock to a party which has governed Spain for around half of the period since General Franco died in 1975. At that point there was much talk of the party being overtaken by Podemos as the official opposition, the party founded by Pablo Inglesias in 2014.   With young, charismatic leaders and apparently fresh, radical policies, Podemos promised that it would ‘take heaven by storm’. The hyperbole was almost matched by votes at the General Election of 2016, where Podemos came just 2% behind PSOE in the popular vote.  On Sunday however, the total PSOE vote was double that of Podemos and whilst PSOE gained 38 seats, Podemos, now severely debilitated by internal faction fighting, lost 29.  It is likely that the two parties can now form a solid, progressive coalition to govern Spain for the next four years.  Podemos, however, will be faced with the same dilemma faced by the junior coalition partner in governments throughout Europe: if the government is successful they will struggle to retain a distinct identity, and if it founders, they risk being blamed by the electorate.

Secondly, the right of Spanish politics has fragmented and the threatened nationalist-populist surge has failed to materiaize.  The Popular Party (PP), traditional bastion of the right in Spain, suffered a historical defeat. In 2011 the party won an absolute majority in the Cortes (Spanish parliament) with almost half the popular vote. Last Sunday it was reduced to a rump of just 66 seats and a 16% vote share.   Rocked by massive corruption scandals and pressured from parties competing for the conservative vote, PP leader Pablo Casado tacked hard to the right but the strategy failed.  Fears that voters would turn to the even more deeply conservative, anti-immigrant VOX party, however, were misplaced.  Just one in ten Spanish voters opted for VOX – far below their expectations and well below the vote recorded by similar parties in the likes of France, Italy or Austria.   With just 24 seats VOX will have limited influence in the new parliament.  Contrary to some forecasts, the biggest beneficiaries of the PP collapse has not been VOX, but the economically liberal but socially progressive Ciudadanos party.  Many PP voters appear to have swung behind Ciudadanos, which more than doubled its number of seats to 57 and is now the third largest group in parliament.  The failure of VOX to breakthrough suggests that there is nothing inevitable about the rise of far right populism and that the values of progressive politics can prevail when presented as a coherent and credible alternative.  As Pedro Sanchez told his supporters on Sunday ‘we have demonstrated that reaction and backwardness can be beaten’.

The strength of the PSOE resurgence will be tested over the next month.  The country will go to the polls again for local and regional elections on 26 May when voters will also be asked to choose representatives for the European parliament.  Some 75% of Spanish voters turned out on Sunday.   It was one of the largest turnouts in modern times and many were motivated by the desire to halt a surge of the populist right – the jubilant crowd outside the PSOE headquarters chanted ‘No Pasarán’ the slogan of Republican Madrid when under siege from the forces of General Franco during the Spanish civil war.Whether voters will be similarly motivated to turn out at the end of May will be key to the success or failure of progressive candidates.

In the longer term the prospects for the PSOE government will depend on its handling of two central issues: the economy and the Catalan crisis.  GDP growth in Spain at around 2.5% is currently amongst the strongest in the EU which, if sustained, will give Prime Minister Sanchez some room for manoeuvre.  Nevertheless, an economist by profession, he will be as aware as anyone of the need to tackle stubbornly high levels of unemployment, poor productivity performance, the high level of public debt (close to 100% of GDP) and rising levels of inequality, especially intergenerational inequality.   Deflating – or even managing – the Catalan crisis will require all the Prime Minister`s political skills.   Following an illegal referendum in 2017 called by the separatist administration in the region, a former President of Catalonia fled to Belgium where he continues to live in self-imposed exile.  Other Catalan nationalist politicians are currently on trial and the region remains closely scrutinized by Madrid.  This is unsustainable.  A definitive political settlement to the Catalan question is probably beyond the powers of Sanchez – or any other leader.  But defusing the current crisis will be one of the most important challenges he faces before still more damage is done to the political fabric of the country. 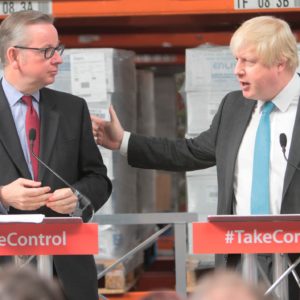 Essays
Britain and Europe
Brexit: How will the divorce unfold from here?
Andrew Duff