Super talents and the rest: how to tackle the digitisation challenge

With the fourth industrial revolution transforming industry, progressives must face up to the global skills challenge

We are living an era of super talents. Not many have seen them, but we have all heard of them: the tech superstars with excellent communication and networking skills, the ones hunted by the employers all over the world, who can freely name their prices and pick the most interesting jobs and projects. For them anything is possible.

These new work superheroes stand in sharp contrast with everyday life of most employees. In June 2016 the Finnish Union of Professional Engineers published a survey among its unemployed members. The results were shocking: 24 per cent of Finnish engineers currently unemployed, all with higher education and many with long careers, do not believe that they will ever find a new job. For those over 60 years old, the percentage was 60. The main reason for unemployment, according to respondents, was skills – either outdated or no matching employment to be found in the area where they lived.

The whole world is facing an enormous skills challenge. The fourth industrial revolution shapes and fundamentally transforms industry, services, markets, labour relations and whole society. It is in the nature of change to create new possibilities, but also threats. One of the risks is that digitisation and transformation of labour markets will become an additional driver of inequalities. According to studies, two out of five blue-collar jobs are at risk of vanishing. In the industry sector half of the current jobs are estimated to be under risk, while in services the amount is approximately a third.

If the future prospects seem so dire for Finnish engineers, how are others going to tackle the challenges?

The age of digitisation favours the better-off: people with higher education, good communication skills and wide international networks – the tech superstars of a tiny global elite. What is problematic is that in many countries politics are also tailored for the ones who have already more or less succeeded in life. If there were hopes that the widespread trust for trickle-down effect would have vanished after the collapse of the financial markets in 2008, this is no longer the case. The political mainstream in Europe suggests ever more deregulation, more flexible labour markets and a more favorable business environment. What could be the social democratic answer?

Change is the new normal

Digitisation has created huge hype and become the buzzword of change. Still, digitisation is far from being the only change taking place. Many tech firms and digitisation experts believe that the term digitisation will soon vanish, because digitisation is and will be everywhere, intertwined into business and everyday life.

We are living an era where everything is in constant flux: markets, jobs, technology, climate, geopolitics, human relationships and the ways people communicate and are interlinked. There is no way of stopping the change, nor to neglect it.

We have to admit that our societies are not adequately equipped to tackle the challenge. In Finland, for instance, we see major cuts in education, training, research and innovation, while most business subsidies are left untouched. The risk is that we end up supporting businesses that would in a real market economy be destroyed by ‘creative destruction’. Instead of protecting people or mutual interest, we are running the risk of supporting unhealthy businesses with taxpayers’ money.

What should be done, is to take upskilling, training and education far more seriously. Societies cannot be built on single super talents, and without skilled workforce there will be no innovations, no growth and no tools to maintain the welfare state.

We more and more often hear stories of companies laying off their employees because of outdated skills. In Finland the most infamous example is probably Nokia that used to have hundreds of Symbian coders. When the technology was driven out of markets, the same happened to Nokia’s employees. Here we have to raise the question: is it possibly than in a hi-tech firm such as Nokia, employees have not or have not been allowed to widen their skills to master new and up-and-coming coding languages and technologies?

The division of labour between politicians and businesses should be clear and straightforward: the first are to set up the framework and the latter operate within it. It seems that to be able to meet the skills demands of the future we might need also new legislation to push for the change.

In June 2016 the former Danish government minister and EU commissioner Poul Nielson made an interesting proposal in his report to the Nordic Council of Ministers by suggesting that the five Nordic countries should make adult education and further training a mandatory element of the labour market.

In his report Working life in the Nordic region – challenges and proposals, Nielson proposes an initiative where the Nordic governments would agree to the principle that adult education and in-service training will be a mandatory element of working life for everyone in the Nordic labour markets, and then work with the social partners to create a concrete training and education model for adults. The proposition is to be discussed in the Nordic Ministerial Council in Helsinki, Finland, in November.

There have also been other voices propagating reskilling. From the business point of view, Risto Siilasmaa, the current Chairman of Nokia, has proposed that without updating degrees would out of date in, say, 20 years. Siilasmaa’s point is completely valid, but it leaves open the question of employer responsibility. Finnish data shows that in 2015, 39 per cent of the professional and managerial employees in the technical sector were left without training provided by the employer. In the fast-changing ICT branch the respective number was 31 per cent.

To maintain the old and acquire new skills, all parties need to be involved. The first prerequisite is that the employee is willing to learn and acquire new skills. Second, we need employers’ support, in time and preferably also as concrete training opportunities. Third, to nudge for the change, we need support from politicians and public authorities, either in financial resources, flexible re- and uptraining models, possible tax reduction schemes or even in labour legislation (for example as a part of worker participation and consultation).

Give man a fishing rod

Since the beginning of the financial crisis, both IMF and OECD have highlighted the importance of skills in their agendas. Both institutions have also called for more inclusive labour markets and stressed that social inequality lowers the durability of growth. Contrary to popular belief, many studies show that redistribution, unless extreme, does not lower growth. The IMF has been propagating for micro flexibility that means relatively generous unemployment protection combined with labour market flexibility. The key is to protect employees and individuals instead of companies or businesses. Insofar we have seen only glimpses of this approach on the European agenda. The European commission’s New Skills Agenda for Europe is a good start – but for it to become reality, we need actions at member state level, too.

Social democrats have always driven responsible politics that aim at creating mutual gain for the whole society while protecting the ones less well-off. Still, progressive parties have been reluctant to the idea of flexicurity, fearing that it is always the more vulnerable party in the deal who is to bend.

For me, the story of social democracy is above all a story of empowerment, of taking one’s faith in one’s own hands; of not giving a man a fish but a fishing rod. Therefore putting people first and supporting them in their aspirations, upskilling, retraining and new work opportunities while providing adequate social protection should be at the very core of the progressive agenda. 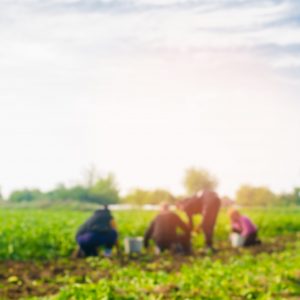