Like Lord North, who lost America, and Anthony Eden, who resigned over Suez, David Cameron’s place in history will be dominated by the event which ended his premiership. Many lessons could be learned from remain’s referendum defeat. But Britain’s progressive pro-Europeans risk learning the wrong lessons. A dominant orthodoxy among remainers that Brexit is a tragic error, the mistaken result of Cameron’s unnecessary political gamble in calling a referendum; that he damaged the national interest by putting party management first.

Despite its popularity on the centre left in Britain, and across European capitals, this is both an untenable analysis of the recent past, and a highly corrosive argument in its future implications. It is untenable because those who wanted Britain to stay in the EU did not have a viable strategy for blocking a referendum, and underestimate the damage done to their cause by trying and failing to do so. It is corrosive because, failing to understand that the indispensable way to secure Britain’s participation in the EU was to secure political and public consent for it, this convenient comfort zone explanation risks taking progressives ever further away from an effective public response to populist challenges. It encourages progressives to think that their mistake was failing to change the subject when difficult issues arise, when evading public engagement in this way reinforces the conspiracy frame on which populism thrives.

Many on the losing side have decried the simplicities of direct democracy, but this referendum was the product of our representative democracy – of pressure within parties, from voters and within parliament to secure a plebiscite. Indeed, pro-Europeans corroded their own shaky reputation for democratic engagement by making and breaking a series of half-promises to offer the public a vote over the EU constitution and Lisbon treaty. Pro-Europeans now point out it was too ambitious to turn the argument around in six months – so perhaps the timing of this vote was wrong. Why wasn’t the case made earlier? The difficulty of making a public case against a referendum was part of the reason why pro-EU politicians and parties sought to avoid the topic of Europe until thrust into the 2016 campaign.

Had David Cameron tried to hold out against a referendum in 2013, he certainly would have had to concede one when Ukip won the European elections in 2014. Otherwise he would have lost ministers and backbenchers, or perhaps his party leadership, or emulated John Major’s experience when his own candidates tore up his manifesto during the general election campaign. Had a Miliband government proved electable in May 2015, that could have delayed a referendum, had the line held in a hung parliament. As that would also have strengthened the opposition’s commitment to a future plebiscite, it may well have just deferred a public vote. Ultimately, there were only two politically viable ways to head off the pressure. One was to accept the gauntlet, fight the referendum, and secure majority consent for EU membership in a public vote. The other was to make it less politically attractive for Eurosceptics to advocate a referendum, by demonstrating high and sustained public support for the EU.

The House of Commons voted by 544 votes to 53 for a referendum, the wide margin reflecting how Labour MPs changed their minds after a general election in which 52 per cent voted for the parties promising a referendum. As a political community, those on both sides of the EU argument made a shared decision to settle the issue by a public vote. Yet Labour politicians continued to habitually complain about the referendum as a pointless exercise in Tory party management, even while on the campaign trail. This served no useful purpose, beyond reminding voters that pro-EU voices would prefer that they were not getting to have a say. On the eve of the referendum, two-thirds of voters, a majority of remain as well as leave voters, thought the referendum was the right way to decide the issue, with just a fifth seeing it as an unnecessary risk. The British public found the referendum democratically empowering: 3 million more people voted than in the general election a year before. Many returned to the ballot box after two decades away. An underestimated factor in explaining why waverers did not, as the conventional wisdom predicted, make a risk-averse choice for the status quo as the campaign ended, may have been the sense that voters did not expect to be asked again.

So David Cameron’s error was not holding the referendum; it was losing it. It was difficult to make the case for the European Union to the British public in 2016. We had joined the club late, as reluctant Europeans, for different, more transactional reasons. But most Britons were stay-in sceptics for four decades, because the frustrations of membership were seen as a price worth paying for the economic gains. In the era of the eurozone, that case was fatally weakened, and the euro also killed off the traditional British pro-European case that we could become leading players at the heart of Europe. By 2016, semi-detachment had become the height of pro-European ambition.

Still, there were myriad ways in which a 52 per cent leave vote could have been a 51-52 per cent vote to remain. For all of the focus on ‘left behind’ Labour voters, had the Conservative prime minister persuaded half of those who had voted for his safety-first pitch in 2015 to back him again in 2016, remain would have won. Trust the experts was always a riskier proposition than in 1975. The remain campaign won the graduate vote comfortably, but never found the messages or messengers to appeal to those who did not go to university.

The campaign said next to nothing at all about our history, our identity or our democracy – putting all of the campaign chips on one single proposition about the economic risks of leaving.

Immigration proved the achilles heel of the campaign. European governments decided more significant changes to free movement were neither possible nor desirable to try to keep Britain in, and the government had insisted on keeping a headline net migration pledge that everybody knew was incompatible with staying in the EU.

The strategy of changing the subject back to the economy every time immigration came up failed. Forty-eight per cent were persuaded that the single market mattered more, but undecided voters knew that high immigration under free movement was part of the deal of staying in – and needed to hear what could be done to handle that better. Trying to change the subject every time it came up meant the public never heard any practical plan to handle the pressures of immigration better. And even this strategy became confused. If the strategy was to reduce the salience of immigration, it would have been right to note, indeed embrace, the leave campaign’s commitment to let every European national in Britain stay – as both the right thing to do, but proof that not much would change overnight. Instead, remain campaign messages said that the NHS, care homes and football teams would be bereft of foreign talent: arguments premised on the idea that leaving the EU would indeed slash immigration dramatically.

Progressives will need to learn to talk about these issues better. To take the lesson that it would have been better to avoid the democratic debate just offers a textbook example of how political opponents can inadvertently help populism while trying to oppose it. “The people have spoken, the bastards” is the ultimate expression of democratic disrespect. There could be no argument better designed to reduce any influence over what happens next. 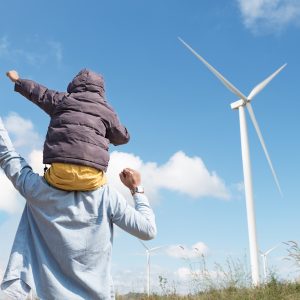 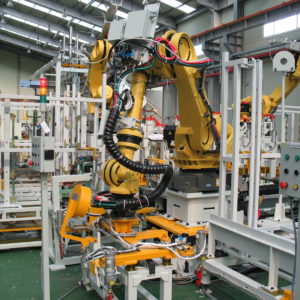 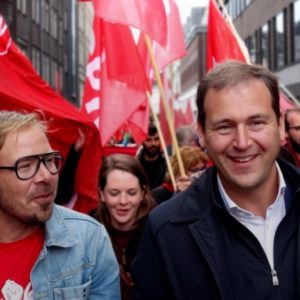