What progressives must win

Jacinda Ardern’s effective mobilisation of state power to deliver a science-driven response to Covid-19 helped produce a decisive Labour victory in New Zealand’s general election in October. In the United States, where the national pandemic response couldn’t be more different, the American public have been left wanting with Donald Trump.

Ardern’s character and reforming ambitions have also gone a long way to help her become New Zealand’s first leader to achieve an absolute majority since the country adopted a proportional voting system in 1996. The total votes received are the most by New Zealand Labour in five decades. She has already proved many of her critics wrong, including the US president. When just a handful of countries currently have social democratic- led governments (Portugal, Spain and the Nordic countries minus Norway being the clear exceptions), progressives would be wise to take a leaf or two out of Ardern’s book. We knew this before. Maybe now it is obvious.

A recent study found waning support for populist agendas in Europe. It should be cautiously welcomed by progressives – and frankly anyone who considers western liberal democracy to be a system and a set of values that are worth defending. Remember that Andrzej Duda was run right to the wire in Poland’s presidential election in June. Last month’s regional elections in Italy also offer some hope for the centre left (you should read Stefano Sotgiu’s piece for State of the Left on those results). German chancellor Angela Merkel, possibly the most agreeable of centre-right leaders, recently delivered a scathing take-down of science-defying populists as “dangerous and irresponsible”. These may also be optimistic indicators ahead of next year’s general elections in Germany and The Netherlands. The potential shift in sentiment away from populism compounds the overwhelming success of Labour in New Zealand and the nervously anticipated victory of Joe Biden and Kamala Harris in the US.

For populists, Covid remains a major obstacle. The US “is not going to control the pandemic”, declared Trump’s chief of staff Mark Meadows a few days ago. It needs little reminding that at first, right-wing populists acted with triumphalist denial, and immediately after, with carelessness. Now it is straight-up defeatism. The pandemic has, in the most tragic of ways, shown up leaders like Trump and Jair Bolsonaro in Brazil for the sham they are. The neglect of their people is colossal.

Any brain in the UK Conservative party should be seriously contemplating the all too willing deployment of the Trump playbook by the Johnson/Cummings project, especially now that Labour has a competent leader at its helm with Keir Starmer. And any brain in Downing Street should be even more urgently considering the British government’s position given the likely ascent of a pro-European, pro-Ireland US president. If Biden wins, he will assume office no more than a month after the point that the UK may be left stranded without a trade agreement with the EU. Add to that Biden’s willingness to engage (and his lack of shirking or triangulation) with the Black Lives Matter movement, Boris Johnson and company may find themselves left even further adrift of changing international trends on culture as well as regarding trade and economics.

This year’s US presidential election will be the most important in a generation. This year will also see important Senate races (and less significant House races) which could tip the balance of power in Congress towards the Democrats. A trifecta win for the Democrats will be vital for Biden to exercise power effectively and realise his agenda to begin repairing a highly fractured society. Memories of Barack Obama’s ordeals with a Republican Congress frustrating his administration’s efforts are still fresh enough, and are now even more raw thanks to the shameless confirmation of Trump’s latest supreme court pick this week. Nonetheless, a 6-3 conservative majority on the court consigns the centre left in America to significant challenges, trifecta win this November or not. For congressional races to keep an eye on, you can read more about the Democrats’ paths to power in the Senate in this State of the Left piece.

Trump’s unravelling is surely imminent. His lies and recklessness which have been central attributes of his presidency may have finally caught up with him. His downfall could be a highly significant setback for populists internationally. The American presidency has allowed Trump to assume the role of playing leader for populists and nationalists worldwide. He has degraded this great office and his republic’s once-coveted institutions.

Unfortunately, Democratic victories will by no means result in the defeat of Trumpism, nor the demons it has unleashed. The often-blatant support for fascists and white-supremacists from a US president is terrifying. Polarisation in all extremes will be a challenge for moderates and progressives across the globe for years to come. The populist right’s cause will be hard to stem, and its decline is by no means inevitable. Healing divisions will require the proactive reshaping of the state to reduce inequalities of race and economics in order to address the sense of unfairness that Trump (with all the irony of being a self-styled billionaire) managed to exploit four years ago. It will also demand the rebuilding of institutions that have been run-roughshod over by authoritarians, and the restoration of dignity to political discourse, public debate, and civic life.

These are no small tasks for potentially incoming leaders. Biden and Harris will have to do a lot more than pick up the pieces of Trump’s hollow promises to dairy farmers in Wisconsin, steel workers in Pennsylvania, or miners in West Virginia. Issues that are normal fare are now accompanied by the mammoth tasks of controlling a pandemic, implementing serious action on climate change, and the top-to-bottom repair of a heavily wounded nation. Though if there is one thing Coronavirus has proved, the political options at the disposal of leaders appear endless. It is now for progressives in the US to seize them.

Authors
Josh Newlove
Author
Josh Newlove is political adviser to Policy Network and editor of the State of the Left blog. He writes on the history and future of social democracy in Britain and Europe, and convenes the organisation’s international programme of partnerships and events. An active member of the British Labour Party, he previously served as a councillor in East Yorkshire (2011-15). He holds a BSc in Social Policy from the London School of Economics.
More from Policy Network 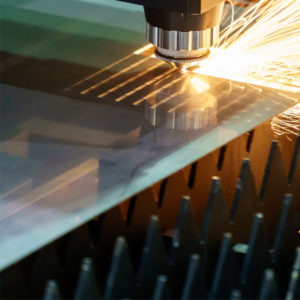