The reelection of Australia's Liberal party will send reverberations around the world for social democrats.

A centre-left victory in Australia’s general election on May 18 was expected after years of chaos and division within the hard right Liberal-National coalition government and a revolving door of Prime Ministers. Labor did all the correct things. It had stayed united after a huge loss in 2013 and methodically did the work of laying out a detailed and costed policy platform. But instead of a Shorten-led Labor Government, the party lost seats and may receive its second worst primary vote since the Second World War.

The much touted ‘climate election’ did not occur with only former Prime Minister Tony Abbott losing his seat, with local disenchantment with him playing a huge role in that case. Blue ribbon liberal seats did not fall to independent candidates as many expected, nor did many seats in the more socially progressive state of Victoria shift leftward, as some had suggested. The campaign against the Adani mine instead narrowed the debate about climate change and caused problems for Labor in Queensland.

As a largely urbanised country but with an expansive geography, Queensland, a huge state north of Brisbane, has been seen as a conservative state for at least the past generation, despite its Labor past. The election result starkly highlights Labor’s Queensland problem. In Queensland, Labor’s primary vote fell to one vote in four and it may only win one out of six Senate spots. In North Queensland, Labor had double digit swings against it in marginal seats and the combined primary total of far-right and populist right parties was higher than that of the Labor Party in seats it held only a decade ago.

The far-right One Nation party was the main beneficiary in Queensland from Labor’s demise, but One Nation’s result in the traditionally safe Labor coal mining seat of Hunter gives a warning that the rise of the right is not merely a phenomenon in any one state. Notably also, the conservatives barely grew in terms of their primary vote share, but support for Scott Morrison’s party was funnelled back to them through preferences from far-right and populist right parties.

While the post-election narrative has focused on Labor’s loss of working-class voters, the party not only lost seats in outer suburban and regional areas but also failed to gain marginal multicultural urban seats. For example, Labor’s lack of appeal to the growing Chinese community in Sydney is now quite apparent after successive state and federal elections.

The Scramble for explanations

In the wake of this loss, there has been a scramble to explain what happened. Rather than a sober analysis of what went wrong, the danger for Labor now is learning the wrong lessons from this defeat. The risk is the psychological blow of failing to win what was widely seen as an ‘unloseable election’ may constrain the imagination of social democrats for a generation, leading them to believe that it must pursue a “small target” strategy to win.

A number of Shadow Ministers have come out and argued for a shift to the “political centre” following the defeat, but it is unclear what that actually means. Neither Bill Shorten nor the other architects of Labor’s economic policies were from the left-wing of the party. As historian Frank Bongiorno points out, given that we are in a post-global financial crisis world of low economic and productivity growth, what would a move to “the centre” actually involve for Labor? Australia is already a low-tax economy with a limited and highly targeted welfare state. If there are no booming industries providing rivers of gold to redistribute then what can Labor offer to voters? Why would marginal seat voters support a pale imitation of the conservative coalition?

It was an election won by a mobilisation against change rather than any organisation for change. Undoubtedly Labor’s campaign machine did not match the coalition’s, nor was its messaging particularly clear or tight. Prime Minister Scott Morrison inverted campaign dynamics, acting like an insurgent with no association to the previous six years of coalition government, sticking to his message of tax increases under Labor and barely introducing any policy priorities. Labor, on the other hand, moved from theme to theme, having to constantly defend its costed policy platform that had some good policies but that were hard to explain, resembling a shopping list in places.

As has been the case in many recent elections, the proliferation of fake news on social media was unprecedented. Social media was used to spread false rumours that Labor planned to implement a “death tax”, which was reinforced by the right-wing media and implied by the coalition. This combined with mining billionaire Clive Palmer spending tens of millions on election ads,drowning out other Labor messages, making it hard to cut through.

Much will be made about Labor’s franking credits policy and whether it cost Labor the election. The policy sought to end the provision of cash refunds of taxes paid by companies on dividends to those who paid no income tax, affecting many wealthy retirees. The results show the need for a broad alliance of forces that includes civil society when pursuing progressive change as it is clear that loss aversion will mobilise opposition. The comparison of the failed Resource Super Profits Tax (RSPT) that the Rudd Government announced comes to mind. Like the RSPT, the franking credits policy was announced in early 2018 without a preceding campaign about why it was a problem or immediately stating what it would fund. This was hard to explain to the public, and resulted in a year-long fear campaign by opponents.

In stark contrast, Labor’s policies of rolling back tax concessions on superannuation, capital gains tax and negative gearing, which were taken to the 2016 election where Labor made gains, were developed after a concerted campaign by civil society groups, following the coalition’s attempted austerity budget in 2014. In response to proposed cuts, many civil society groups contended that the government had a revenue problem, claiming that there would be the need for additional revenue to fund public services. Voices calling for change were a broad constituency, including not only trade unions, welfare groups and activist organisations but also centrist think tanks and business commentators.

New leadership and the way forward

One thing that is clear for Labor is the need for a leader with broad appeal who can make a case for change. The Australian Election Study found that generally around 10% of voters cast their ballots based on party leaders. In 2007, the last time Labor won a majority, 20% of Labor voters cast their ballots based on the leader. In contrast, in the 2016 election when Bill Shorten was Labor leader, only 6% of Labor voters did so. A focus on the Labor team was insufficient. The likely selection of former Deputy Prime Minister Anthony Albanese as Bill Shorten’s successor, who hails from the party’s left faction, and who is seen as authentic and as having more purchase with the electorate, and who also enjoys the backing of some elements of the party’s right faction, indicates that this is front of mind with the party leadership.

While Labor failed to win, the coalition’s narrow majority should not be mistaken for any form of popular mandate or endorsement of any agenda. Their primary vote did not increase, they were given the benefit of the doubt after widespread disengagement and a ferocious fear campaign that mobilised a range of interest groups.

The Liberal party’s threadbare agenda is likely to be focused on their base, putting forward socially conservative policies and attacking perceived opponents in the trade union and environmental movement rather than on advancing any policies that address any of the country’s long-term challenges. Divisions still exist within the party over climate change with the result more likely to embolden climate deniers within the coalition’s ranks.

Some have compared these results to the 1993 or 2004 elections, giving hope that, while Labor lost, they may win the next election as people are shaken out of complacency. Whether it turns out to be a success or a failure depends on what lessons Labor ultimately learns from this episode. 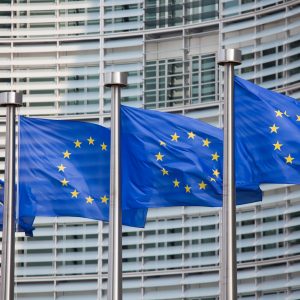 Blogs
Aftershock
Education and coronavirus: What next for UK schools?
Dominic Lee

Blogs
Britain and Europe
Forgotten during the campaign: The Irish problem
Maeve Glavey